Products are for professional/laboratory use only

The von Willebrand disease (vWD) is associated with disorders of hemostasis due to the fact that blood cannot clot properly. It affects around 1% of the population and occurs equally in men and women. ­Depending on the type of disease, symptoms can vary a lot between patients (from mild to more severe forms). It is estimated that 1/10,000 individuals affected by vWD are symptomatic. vWD is usually an inherited genetic disorder (autosomal dominant inheritance) but can also exceptionally be de novo acquired. 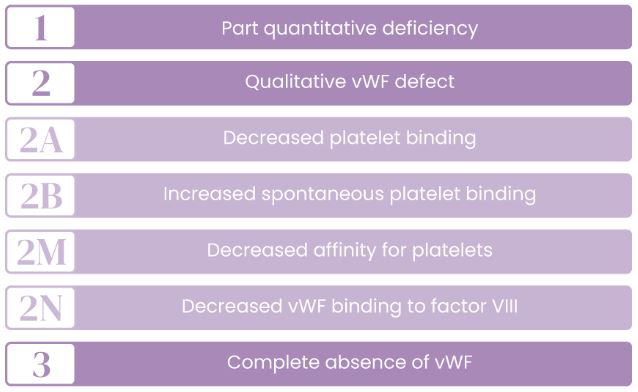 3. Contribution of multimer analysis for an appropriate patient management

This disease cannot be cured. However, appropriate clinical management allows a reduction in the severity of symptoms, ensuring a quasi-normal life for affected patients. On suspicion of vWD, the clinician can prescribe several tests in order to ​confirm the disease and then to determine the type of the disease. The latter is crucial because depending on the disease type, the treatment administered to the patient can be different.