Biocartis, an innovative molecular diagnostics company, today announces the launch of its second liquid biopsy assay, the Idylla™ ctKRAS Mutation Assay (Research Use Only, RUO), which was developed in partnership with the leading science and technology company Merck1 on Biocartis’ molecular diagnostics platform Idylla™. Designed to perform easy, sensitive and rapid KRAS mutation testing operating directly on 1ml of blood plasma, the Idylla™ ctKRAS Mutation Assay (RUO) is the second liquid biopsy assay on the Idylla™ platform, after the ctBRAF Mutation Assay launched at the end of 2015. 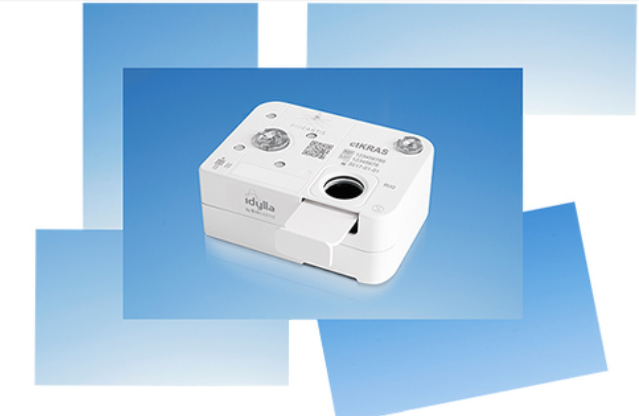 The new Idylla™ ctKRAS Mutation Assay (RUO) is a fully automated sample-to-result assay that operates directly on 1ml of blood plasma. The assay is intended for the qualitative and sensitive detection of 21 KRAS mutations, with less than 1 minute of hands-on time and a turnaround time of approximately 130 minutes.

“Thanks to our partnership with Merck, Biocartis is able to offer its first liquid biopsy assay for KRAS mutation testing, operating directly on blood plasma. We are excited about the potential of this and future liquid biopsy assays, where research3 has shown in the past years that circulating tumor DNA can be used for disease monitoring in patients undergoing treatment.”

asdf
Under the partnership with Merck, CE-marked IVD versions of the Idylla™ ctRAS tests are expected to be launched in the second half of 2017. Once these have been validated for diagnostic use, the tests will be implemented in numerous medical centers across the world (excluding the U.S., China and Japan) for which currently discussions are ongoing in several European countries, the Middle-East, Asia-Pacific and Latin-America.
asdf

Find out more about the ctKRAS Mutation Assay

Research over the last few years has shown that fragments of tumor DNA are shed into the blood from primary tumors or metastatic sites4. These circulating DNA fragments can be used for diagnostic purposes, such as providing molecular information for treatment selection, or for monitoring disease progression in patients undergoing treatment. According to J.P. Morgan, the global market of liquid biopsy tests is estimated to reach $20 billion by 2020.